There is a dramatic change in the vegetation from the Karoo to Meiringspoort. Tree and fern species that are more distinctive of the wetter Knysna forests occur inside the Poort. Mixed amongst these are Great and Little Karoo plant species, which in turn occur between the typical fynbos plant species.

The rich variety of plant growth can be ascribed partially to the broken topography of the environment. This landscape creates various habitats, which differ with regard to the depth, drainage and nutrient status of the soil. The rainfall and degree to which fires can occur also differ from place to place. Adjacent habitats can differ totally. This is why surprising combinations of plant types, such as typical Knysna tree species and Great Karoo succulent species can grow here practically side by side.

A large variety of shrub and tree species that are adapted to surviving regular floods grow next to the river in the Poort. These riverine vegetation, such as the Cape willow (Salix mucronata) and honey bell bush (Freylinia lanceolata) have flexible stems and elongated leaves that offer little resistance when submerged during a flood. Their special adaptations enable them to recover soon after a flood. Young trees that occur in and along the river initially also have flexible stems, but later develop a dense root system and strong stems that anchor them firmly.

The sweet thorn tree (Acacia karoo), which prefers sweet, clayey soils, is abundant along the rivers outside the Meiringspoort but scarce inside the Poort, where the sandy soil is acidic and nutrient poor. Riparian plants play an important role in stabilizing the soil and rocks in the riverbed. Without this vegetation, the homes of birds, fish, insects and other larger animals, as well as the road, would be severely disturbed every time there was a flood.

The vegetation on the slopes also varies considerably. Fynbos vegetation, such as the waboom (Protea nitida), is found particularly on the cool, moist mountain slopes. Typical mountain fynbos is limited primarily to the higher slopes, but sections of it are visible close to the road. Little Karoo vegetation, which is sometimes mixed with Great African holly (Ilex mitis) does best in narrow protected gorges, while red alders (Cunonia capensis) grow in areas where underground water seeps perennially. Three of the plant species growing on the vertical sandstone cliffs are heath species (Erica species) and occur only in Meiringspoort and nowhere else in the world. 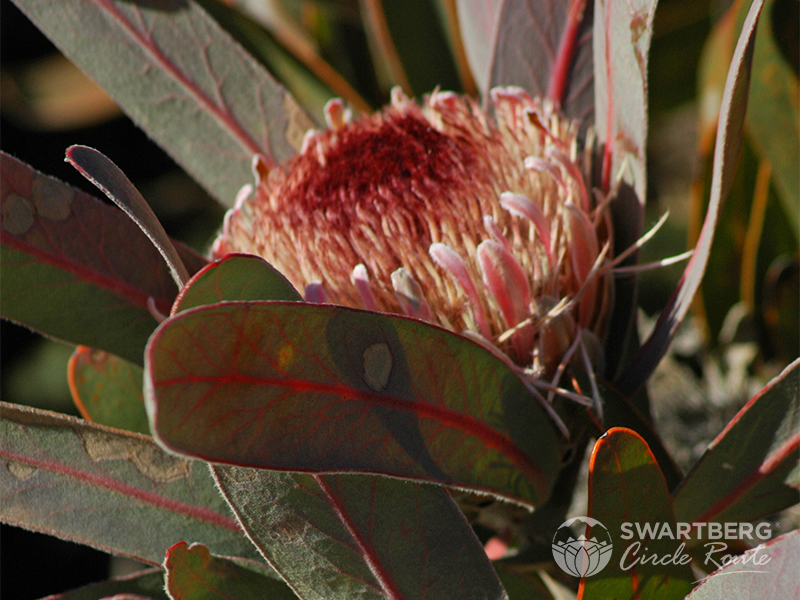 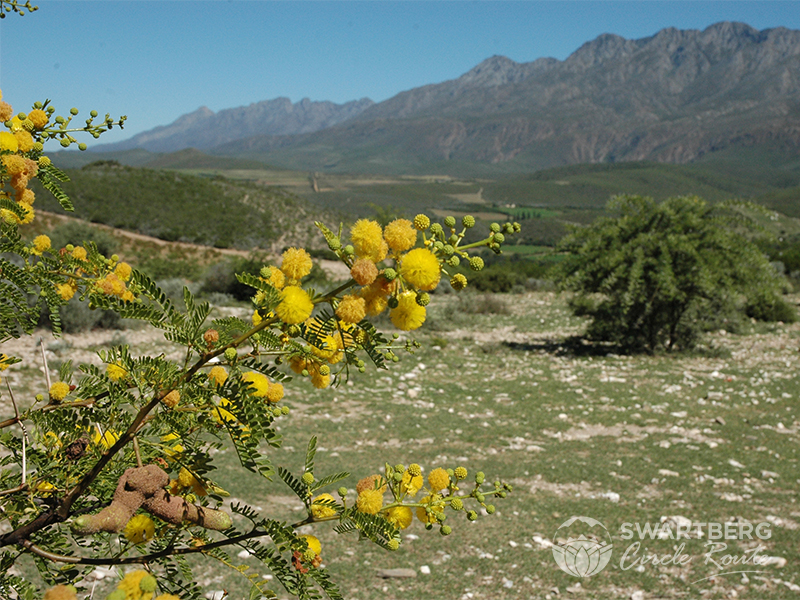 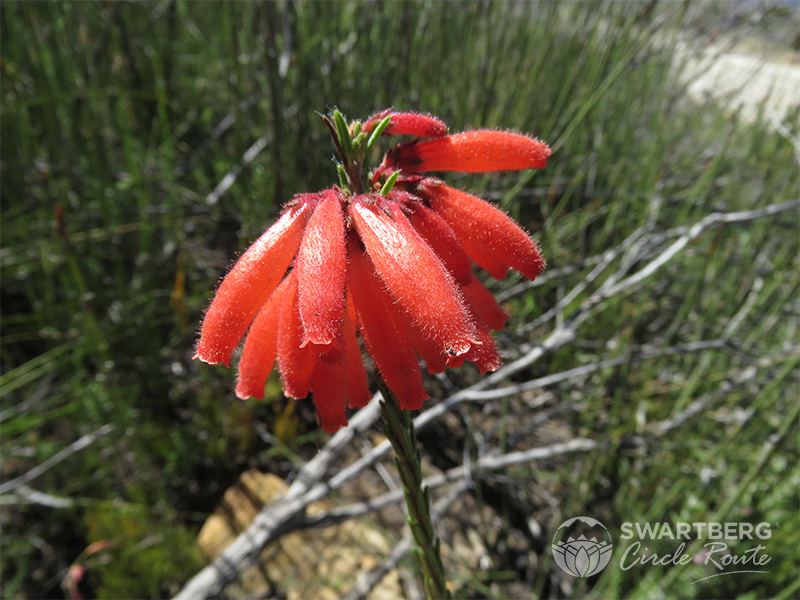