Where is the Pass situated?

Between Oudtshoorn & Prince Albert in the Western Cape.

What is the distance of the Pass?

The pass itself is approx. 25km gravel road.

No, but higher ground clearance will certainly count in your favour.

What is the height of the Pass? 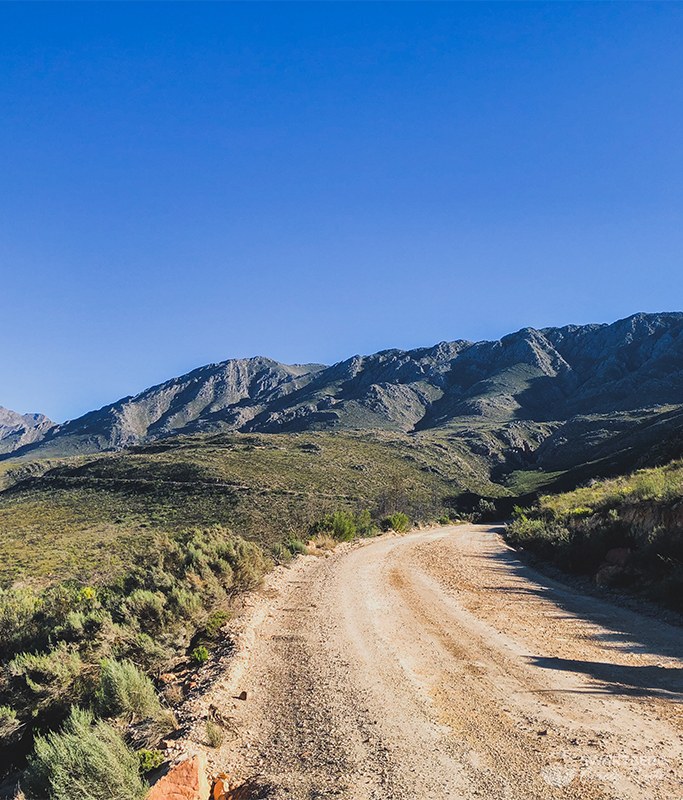 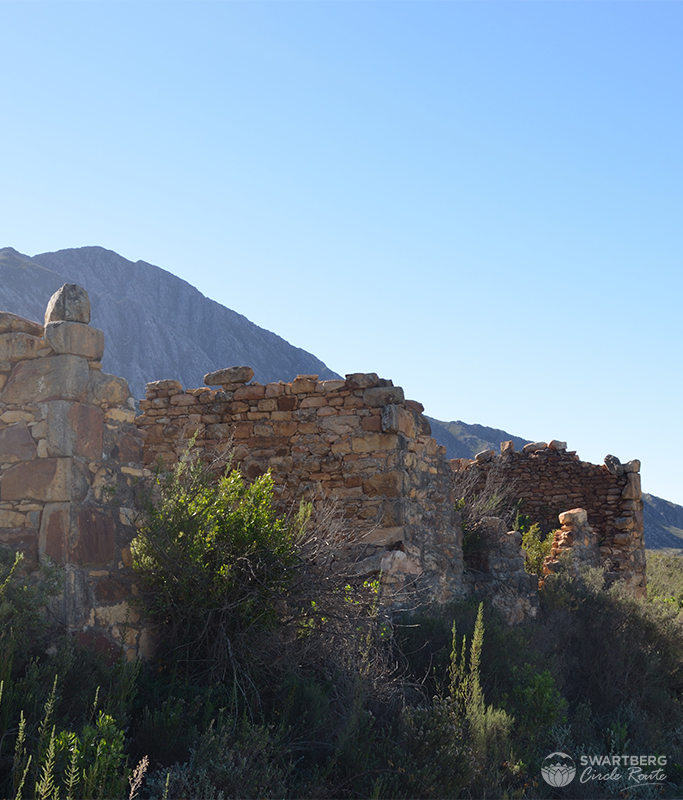 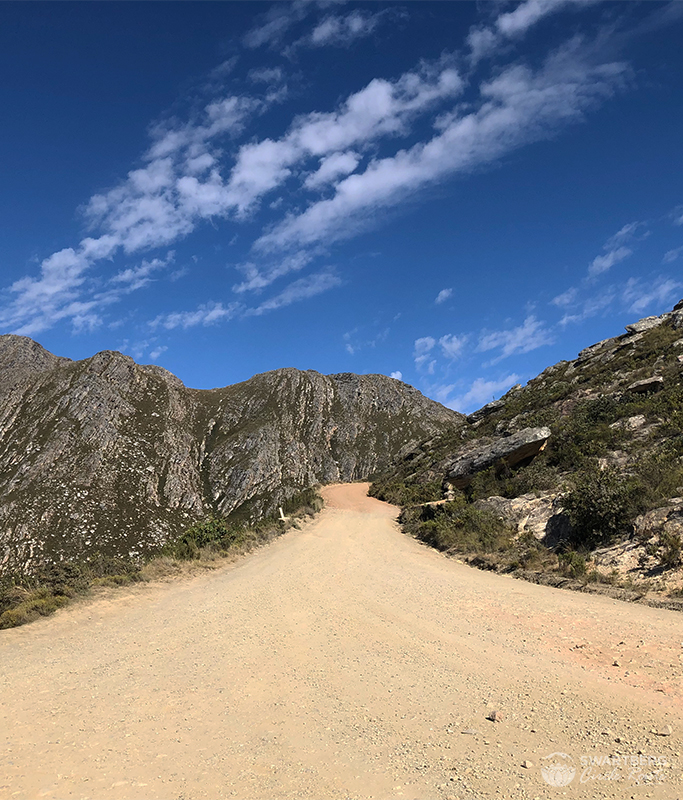 WHERE IS THE PASS LOCATED?

DISTANCE OF THE PASS & NEAREST TOWNS

The pass itself is approx. 25km gravel road that connects the towns of Oudtshoorn and Prince Albert. Although the distance seems short, the pass is renowned for its steep climbs and sudden switchbacks, so best take it slow while properly soaking up the spectacular scenery along the way. You can set aside approx. 1h for the pass itself and an extra 10min to reach the pass from Prince Albert and 20min from Oudtshoorn.

Not at all! The pass connects the Klein Karoo town of Oudtshoorn and the Groot Karoo town of Prince Albert and the well-maintained access roads from both sides make it easy to reach. Allow yourself about 10min to reach the pass from Prince Albert (+/-5km) and 20min from Oudtshoorn (+/-40km) while setting aside roughly 1h for the 25km pass itself.

No, but higher ground clearance will certainly count in your favour. We don’t, however, recommend this route for cars with very low clearance. Do take note that the road can be quite rocky in certain parts. The narrow lanes and sharp bends also necessitates that you take it nice and slow while keeping an eye out for oncoming cars. There are various narrow parts where one driver often needs to give way in order for both vehicles to pass each other safely.

JUST HOW STEEP IS THAT CLIMB? SOME INTERESTING FACTS:

This formidable pass, at an elevation of 1,583m above sea level, climbs a whopping 1000m over a distance of 12km, with a max gradient of 1:8. Yes, it’s a steep one, but those brave enough to venture to the top are rewarded with the most breathtaking views!

For more info on the history and construction of the pass, visit the The History of the Swartberg Pass.

There are various viewpoints where you can stop to stretch your legs, break out your picnic basket, savour the spectacular views and get a closer look at this pristine environment teeming with life.

This UNESCO World Heritage Site has an incredibly rich diversity of plant and animal life, with some species so rare, they’re found nowhere else on earth. Take your time driving this incredible pass and keep your eyes peeled. You’ll spot a variety of critters including the dassie, klipspringer, vibrantly coloured lizards, baboons and many more. Avid bird watchers are in for a treat, as bird species abound in this area. Bring your binoculars and remember your camera.

There are various hiking and biking trails on the pass itself. The hiking trails vary in length and intensity, making it easy to pick out the best trail for your fitness level. These do, however, require permits which can be obtained from the Cape Nature offices. The biking trails are better suited for more experienced cyclers as the terrain can be rough and the steep climbs quite brutal.

If you require any information about the Swartberg Pass, please feel free to contact us.

SIGNPOSTS ON THE SWARTBERG PASS

The following boards (from north to south) have been erected to indicate places of historic interest:

EERSTEWATER (First Water)
It was given this name because the draught animals could be outspanned here before the long, tiring journey. On their return they were fed and watered here. Bain’s first convict base camp was here and the ruins are still visible.

TWEEDEWATER (Second Water)
The older people will remember that before the low-water bridge was built, they had to wait for the water level to drop before crossing the stream.

MALVADRAAI (Geranium Bend)
This is the spot in the mountains where geraniums (Pelargonium zonale) grow luxuriantly. They are always green and often covered with flowers. One just cannot miss them. This natural inlet offers the traveller a place to stop and look at the rock formations. One of the Swartberg’s most beautiful hiking trails starts here.

BLIKSTASIE (TRONK) (The Jail)
During the building of the pass, a stone and clay structure to confine the convicts at night, was built at this spot. The present ruins are the remains of this structure.

DROËWATERVAL (Dry Waterfall)
During the rainy season it is a unique sight to see the water cascading down. During the summer months it is usually dry; hence the name.

TEEBERG (Tea Mountain)
In this area you will find the well-known honey tea bush which was much sought after by earlier inhabitants. Dealers used to market the honey tea in large quantities. This is surely one of the most aromatic teas, but unfortunatelyit is unknown to the younger generation. From this point the summit of the pass is visible, and if you look into the chasm, you will recognise ‘Malvadraai’ far below.

FONTEINTJIE 1884 (Little Fountain)
This fountain forms a beautiful waterfall and is a perennial stream. A few hundred metres higher is a pine plantation started as an experiment in 1927. (Pinus muricata; Pinus taeda)

GAMKASKLOOF 57KM (Gamka’s Kloof)
Also known as The Hell, it is a secluded settlement in a valley in the Swartberg Mountains and is well-known for its delicious fruit and vegetables. Its dried figs are a gourmets delight.

DIE TOP (The Top)
The Top is 1 585m above sea level and the highest point of the pass. From this point nature lovers can see the marvels of creation for kilometres to the north and south.

DIE GROOT KLIP (The Big Stone)
This is a very popular place to stop when travelling from the south. From here the summit of the mountain pass is visible.

BOEGOEKLOOF 1886 (Buchu Kloof)
In earlier days this was the areas medicine chest because various species of buchu grow here. The best known is the mountain buchu (Empleurum unicapsulare), aniseed buchu (Agathosma cerefolium) and long leaf buchu (Agathosma crenulatal). The buchu was usually put in brandy or vinegar and the extract used as medicine for stomach and many other ailments.

SKELMDRAAI (The Tricky Bend)
To the traveller from the north, the road seems to come to an end, and then it turns sharply to the left. From the south the road is very steep with a difficult, concealed hairpin bend, hence the name.

FONTEINTJIE (Small Fountain)
(On the southern slope)
Here a perennial stream flows from the high peaks to revive tired travellers. In bygone days a watermelon was placed in this stream by travellers from Prince Albert when they visited Oudtshoorn. On their return the well chilled melon could be enjoyed.

HOTELLETJIE (Small Hotel)
After the completion of the Swartberg Pass a postal service was instituted between Prince Albert Road and Oudtshoorn. To offer overnight accommodation, a modest hotel, the ruins of which can still be seen today, was erected on the southern slope. Some old maps still refer to this old inn as the Victoria Hotel.

PLANTASIE (Plantation)
This pine plantation was started as an experiment in 1927. It is a convenient picnic spot where tables and benches have been erected. It provides the ideal place for stretching one’s legs.

WITDRAAIE (The White Curves)
These curves are so named because of the two hairpin bends cut into the limestone deposits, which give the road a whitish appearance.

STALLETJIE (The Stables)
The horses that were used to draw the mail coach were fed and watered here. Fresh horses were harnessed for the journey both to the north and the south.

NEVILLE SE DRAAI (Neville’s Bend)
There is a sharp bend on the plateau on top of the mountain. It was too dangerous to erect a sign there, but the bend is called ‘Neville se Draai.’ At the age of 42 John Fitz Neville, Clerk of Works during the construction of the Swartberg Pass, was killed in an accident on this curve on 8 March, 1888. Some people believe he was killed in a dynamite explosion and others say he was thrown from his horse.