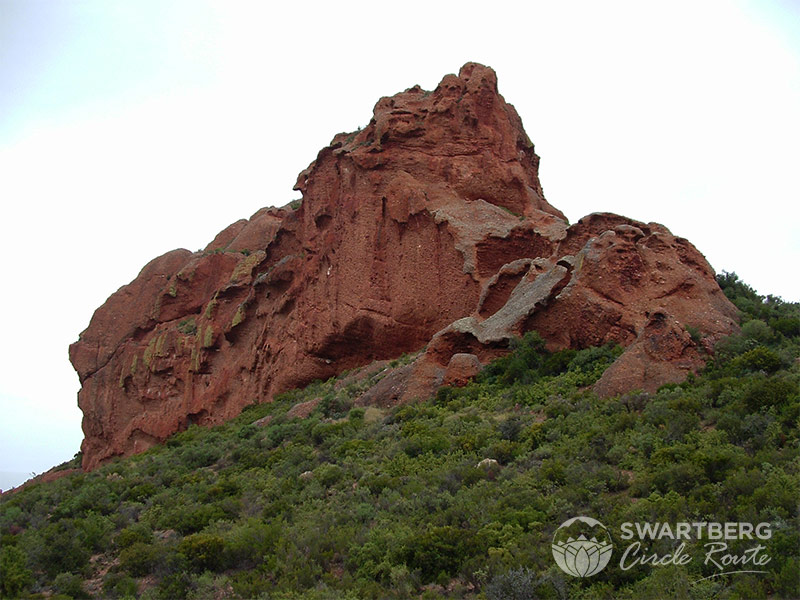 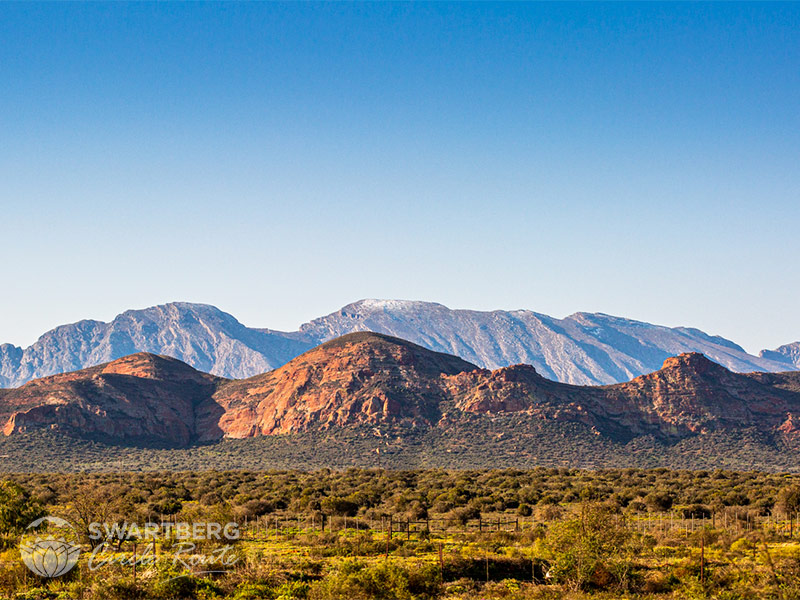 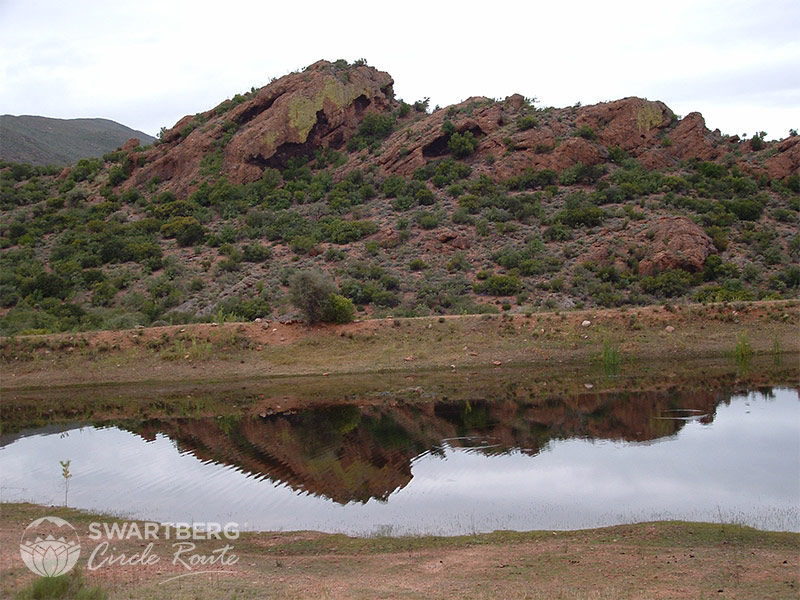 Geology of Calitzdorp and Environs

A study of the past establishes a set point in history from which we can perceive our present state in Time, and perhaps look forward into the future using it as a reference.

During the early Cretaceous Period the ancient super continent of Gondwana split up and Africa was finally separated from South America, Australia, India and Antarctica, standing alone for the first time. In a period characterized by warm humid conditions with lush vegetation and the big lizards, the earth crust underwent major change as it stretched and split.

It was accompanied by violent earthquakes and torrential downpours as rocks fractured and ruptured along the fault lines. Crustal extension was also responsible for the formation of elongate basins such as the Oudtshoorn Basin of the Eastern Klein Karoo which extends as far west as Calitzdorp.

This basin developed mainly along a deep fracture running from East to West along the base of the Swartberg called the “Kango Fault” (also an important ground water conduit). The basin floor subsided mainly along it’s

Northern Margin, as rocks were crushed and fractured along the Kango fault line. Accompanying this, rejuvenated rivers on the new highlands of Gamkasberg and Rooiberg as well as from the uplifted area to the North, flowed into the Oudtshoorn basin.

They carried with them vast amounts of scree and rock, fractured from the Table Mountain sandstone and Quartzite’s from the mountain chains surrounding the Little Karoo, and deposited on the emerging lake shores. These course continental sediments are unique in being one of the first truly African sediments, having been laid down during the time that the African continent was being formed.

They were previously known as Enon Conglomerates but are now called the “Buffelskloof Formation”, after a nearby farm. The rounded cobbles and pebbles were laid down in silica rich gravels and sediments and are known as conglomerates. The angular rock scree on the slopes covered by these same sediments are known as Breccias.

Along the Northern shores the sediments are rich in an iron mineral called Hematite which oxidized in the warm humid climate to a reddish colour, giving Red Stone Hills it’s name. Originally this belt of red, gravel sediments formed the Nothern margin of the Oudtshoorn basin but 100 million years of erosion has left isolated koppies in a band stretching from De Rust almost to Calitzdorp.

Initially eroding quite quickly, they formed an outer crust which was somewhat more resistant. However weathering has broken through some of this resulting in small caves and overhangs as well as a rather spectacular Hole-in-the Wall.

Due to the highly oxidizing conditions prevalent at the time of their formation, fossil remains are virtually non existent although found elsewhere in other Cretaceous deposits on the shores of the ancient Kango basin as well as in older Jurassic deposits. This has resulted in some difficulties in establishing the exact age of these deposits of red gravel.

Incredibly, there are two examples of relict species that have lived on from these ancient times for an uninterrupted span of 100 million years. A Gymnosperm in the form of the cycad, “Encephalartos horridus” is still found in secluded valleys and an ancient fish species is still found in perennial streams in the foothills of the Swartberg near Calitzdorp.

If you require any information about the Red Stone Hills, please feel free to contact us. To book your stay visit Swartberg Circle Route Accommodation.