Meiringspoort took shape about 250 million years ago when Africa was still part of a larger continent, which together with Australia, South America, Antartica and India, was known as Gondwanaland. An inland mountain range was formed by lateral forces which, by pushing against each other, gradually heaved up layers of rock.

At first, water from this old mountain range drained towards the north. These streams cut ravines into the northern slopes of this mountain range. About 100 million years later, Gondwanaland broke up and the adjacent continents began to drift away.

The rock formations of the mountain range toppled to the south. New rivers formed ravines in a southerly direction. Another 120 million years later, the mountain range was heaved up again, causing streams to cut deeper ravines in the mountain. The gradual distortion and upheaval of the earth’s crust formed the Swartberg range, with Meiringspoort ravine cutting through it.

At least three different formations of the Table Mountain Sandstone group are visible near the waterfall. The Tchando formation at the top, a narrow shale band of the Cederberg formation lower down and below it, a much folded cliff which consists of a 75 m layer of Peninsula sandstone.

These different formations differ in drainage pattern, the degree of erodibility and nutrient content. Different plant and animal species occur on each of them. The variation in the geology is therefore one of the reasons why such a great diversity of plants and animals occur in this region. 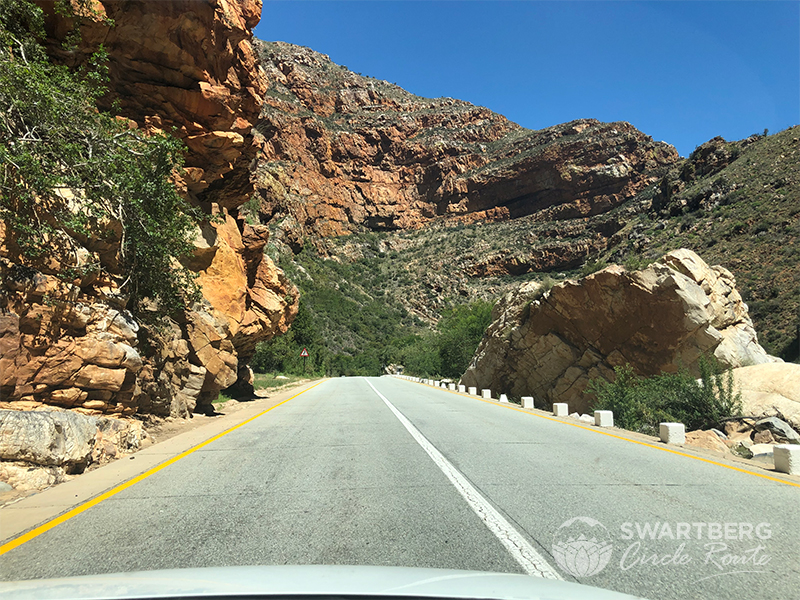 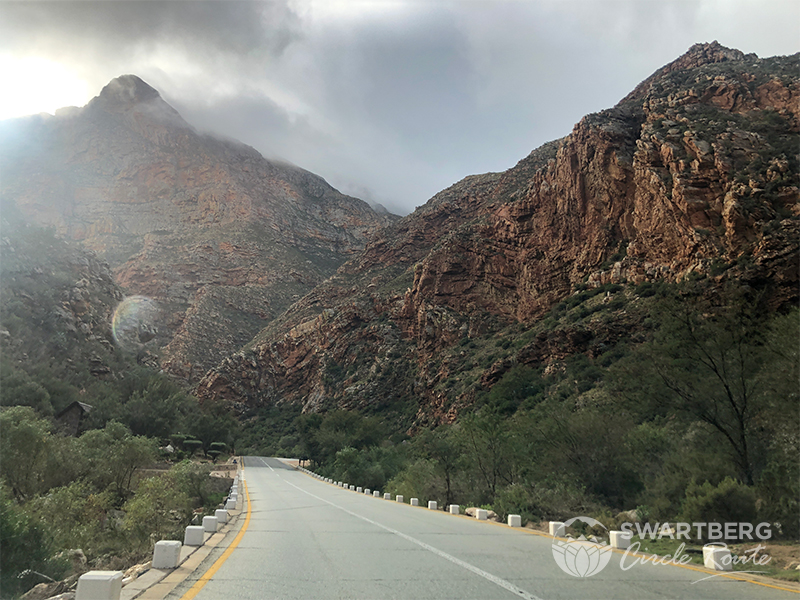